As designers and leaders, authenticity is our most precious commodity. Every action and decision we make says something about who we are.

At Thomas Roberts Architects, we believe the physical space in which we work is a direct reflection and representation of our culture and core values.

The Mehlhose Ice Cream Building, a local Historic landmark that was up for demolition was thoughtfully restored and re-purposed into an open-concept studio that fosters our creativity and collaborative design approach. The location of the office, tucked into a residential block in downtown Wyandotte, reinforces our commitment to the preservation and revitalization of small communities.

Thomas Roberts, an architect and lifelong resident of Wyandotte, believed that his restoration of the Mehlhose Ice Cream Building would allow Downriver residents to enjoy the ways in which the city and its businesses have evolved over the years. In doing so, we witness local Michigan history spanning back to the 1800’s.”

The restoration of the iconic Mehlhose Ice Cream Building exemplifies the power of preservation in small communities. It was originally constructed in 1907 by Gustav Mehlhose at 2927 4th Street in the City of Wyandotte prior to modern zoning regulations that would have limited manufacturing of ice cream within the predominantly residential neighborhood. At one point, the family owned all the property on the east side of the street on that block, which included a small gas station used to fill four ice cream delivery trucks.

The Mehlhose family history can be traced back to Germany prior to moving to southeast Michigan in the 1850’s, bringing with them the talent of ice cream making. The Mehlhose family began making and selling ice cream in 1875. In 1936, The family decided to expand the business which included the addition of the parlor and the Art Deco façade. In 1986, the Mehlhose Ice Cream Business was designated Michigan’s Centennial Business for its 100 years of continuous operations. In 2010, after 135 years the business was closed. The Mehlhose Ice Cream Building was put up for sale and purchased by Thomas Roberts, AIA with the intent to restore and preserve the property.

The property was unoccupied without environmental controls for 20 plus years and was in very poor condition. Numerous leaks from rooftop equipment and bad flashing had caused significant deterioration and failure of wood roof joists and wall assemblies. All the building’s mechanical, electrical and plumbing systems were antiquated and required modernization. The exterior masonry required substantial tuckpointing and replacement of failing steel lintels. The original steel and wood windows required significant restoration including re-glazing and painting.

The Secretary of Interior Standards for Rehabilitation were considered throughout the entire six-month, 2,000 sf interior and exterior restoration. The design and construction of the project included procedures for cleaning, repairing, and replacing brick; and reconstruction of the marquee to match the original design. Although minimal, craftsmen recreated with painstaking detail all the missing wood trim elements, and new lighting fixtures were selected to compliment the architecture. Original plaster surfaces were skim coated, and the paint scheme was returned to “Vanilla” white. Original windows and doors in good condition were restored, and new windows were selected to match the originals.

In its original form, the manufacturing space had a cement plaster ceiling and washable surfaces throughout. Most of the finish materials were in very poor condition and beyond repair. All the deteriorated material was required to be removed which revealed a raw space of wood trusses and concrete block walls. The sidewalk abutting the base of the façade was removed and a new landscaped buffer was created between the building and new sidewalk.

This iconic building has brought both local and regional attention to the community. Restoration of the Mehlhose Ice Cream Building recaptures an authentic sense of place in its historic town, preserves a rare piece of the city’s past and shares a brief step back in time recreating memories for many generations. The restored Ice Cream Building has strengthened local pride for this community asset, reinforced the value of its unique attributes, and has promoted preserving history in the creation of sustainable environments. 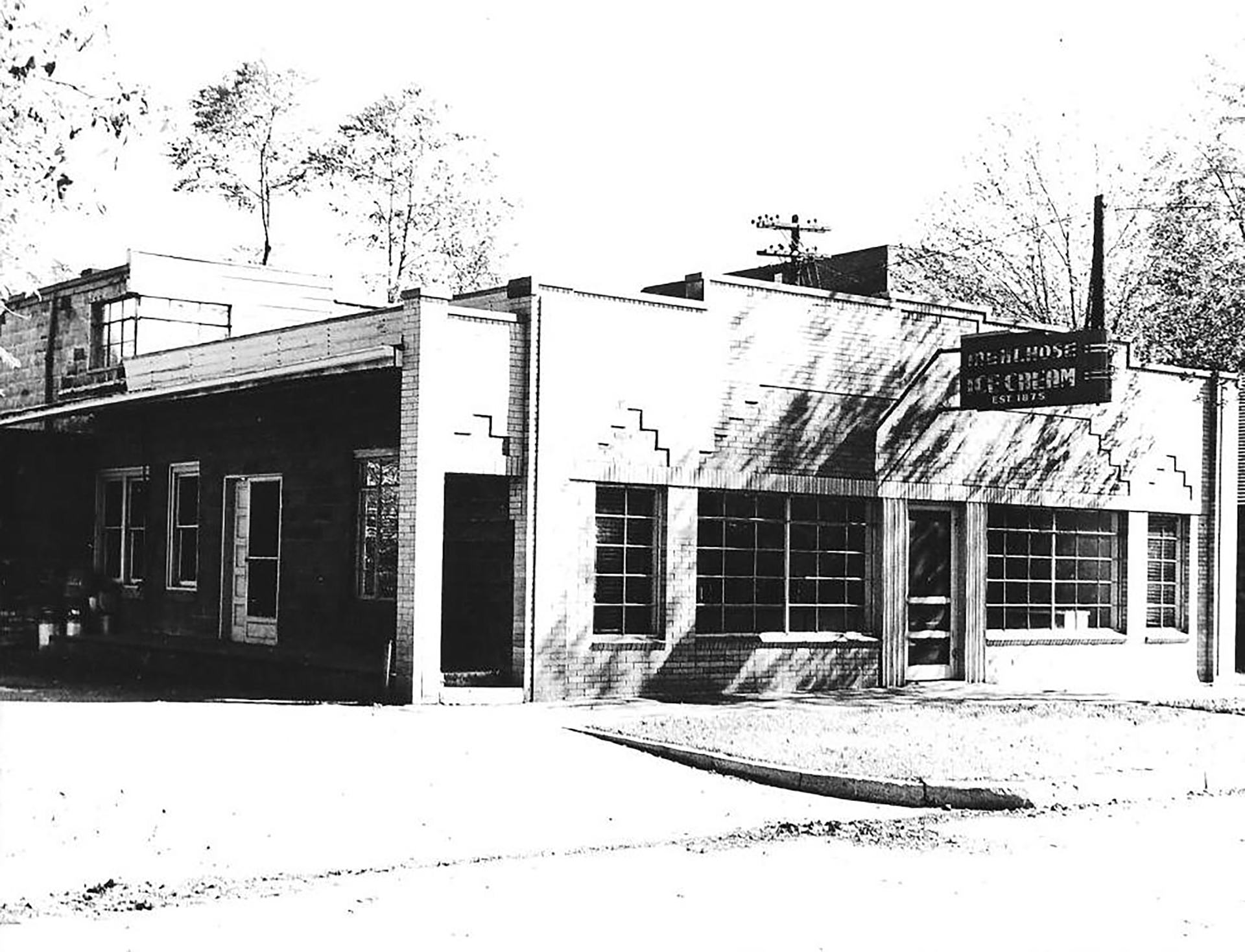 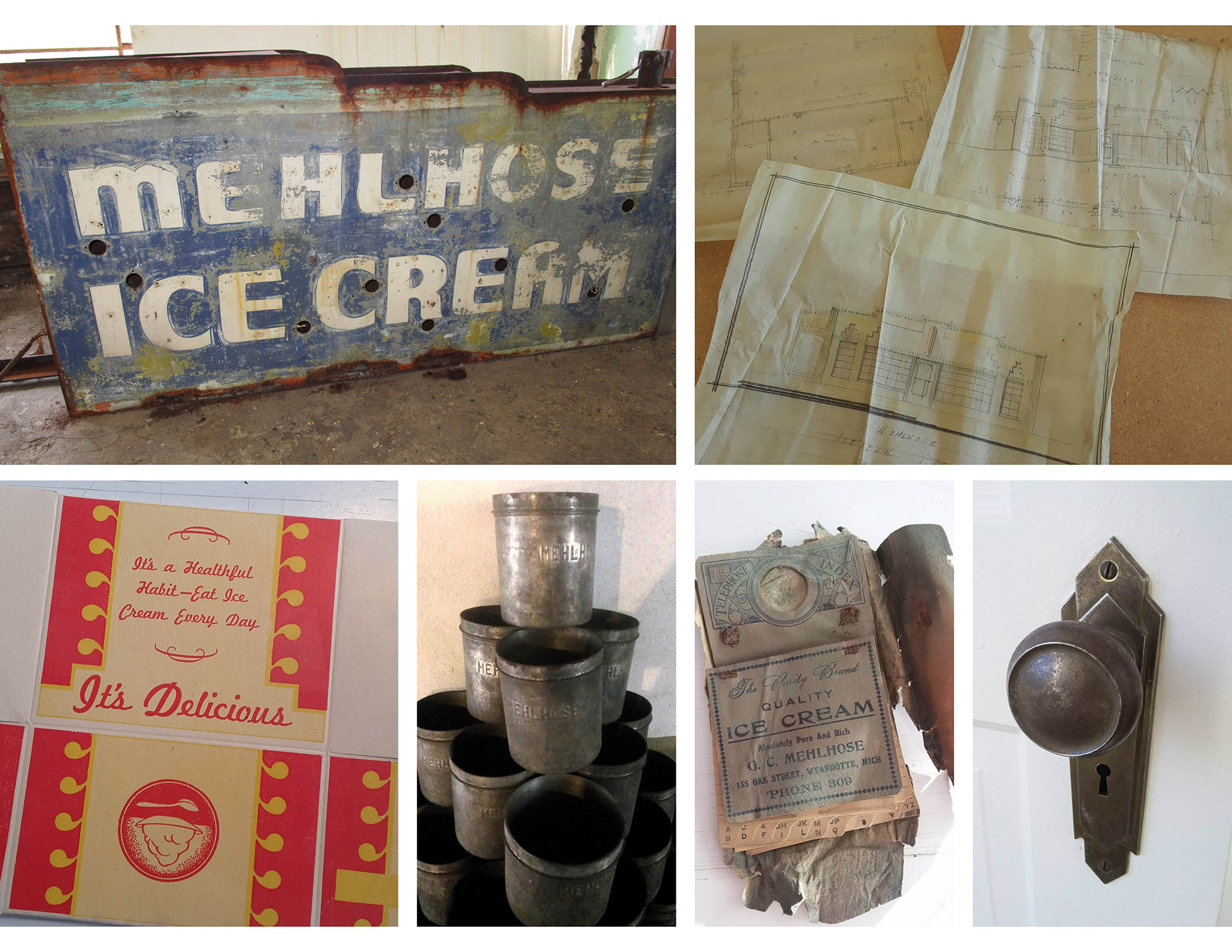 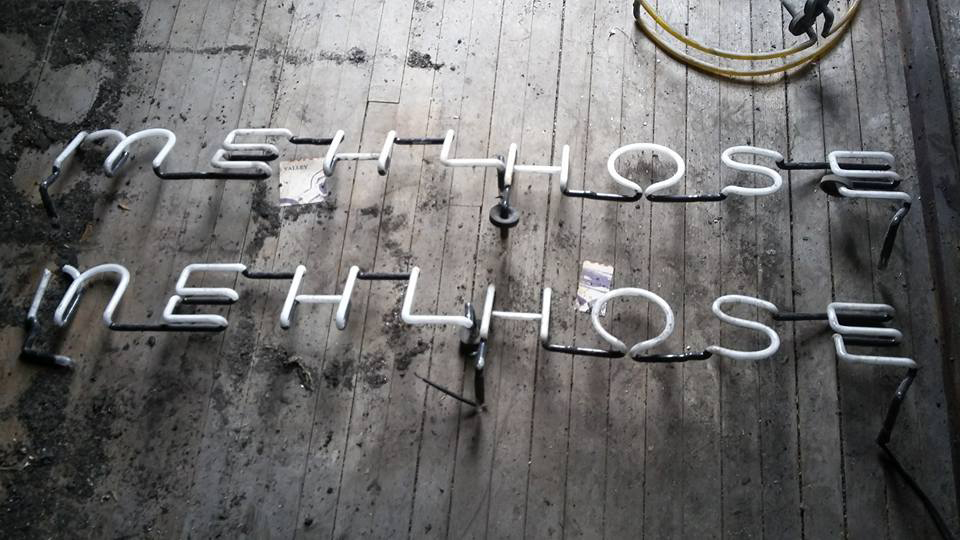 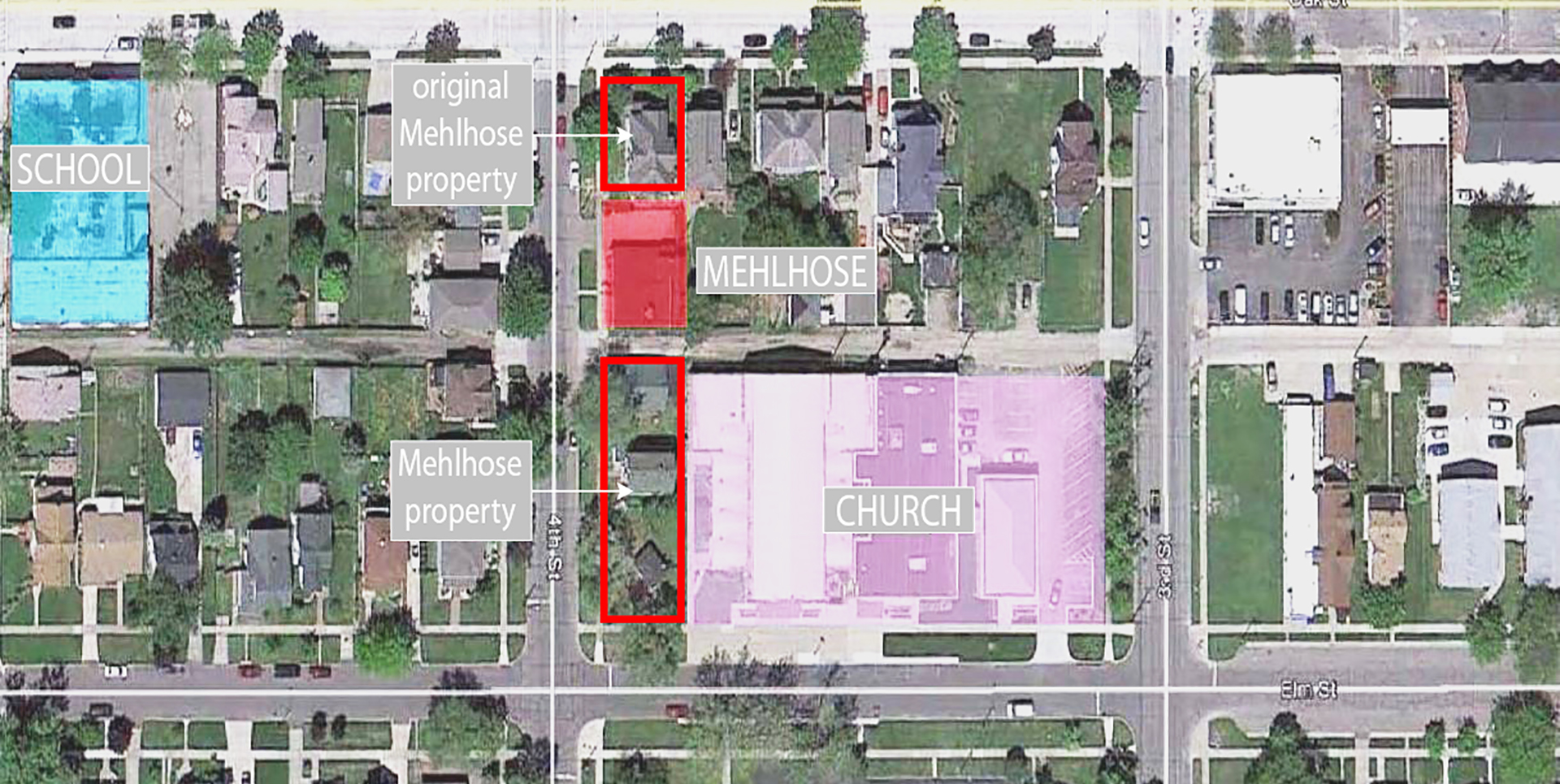 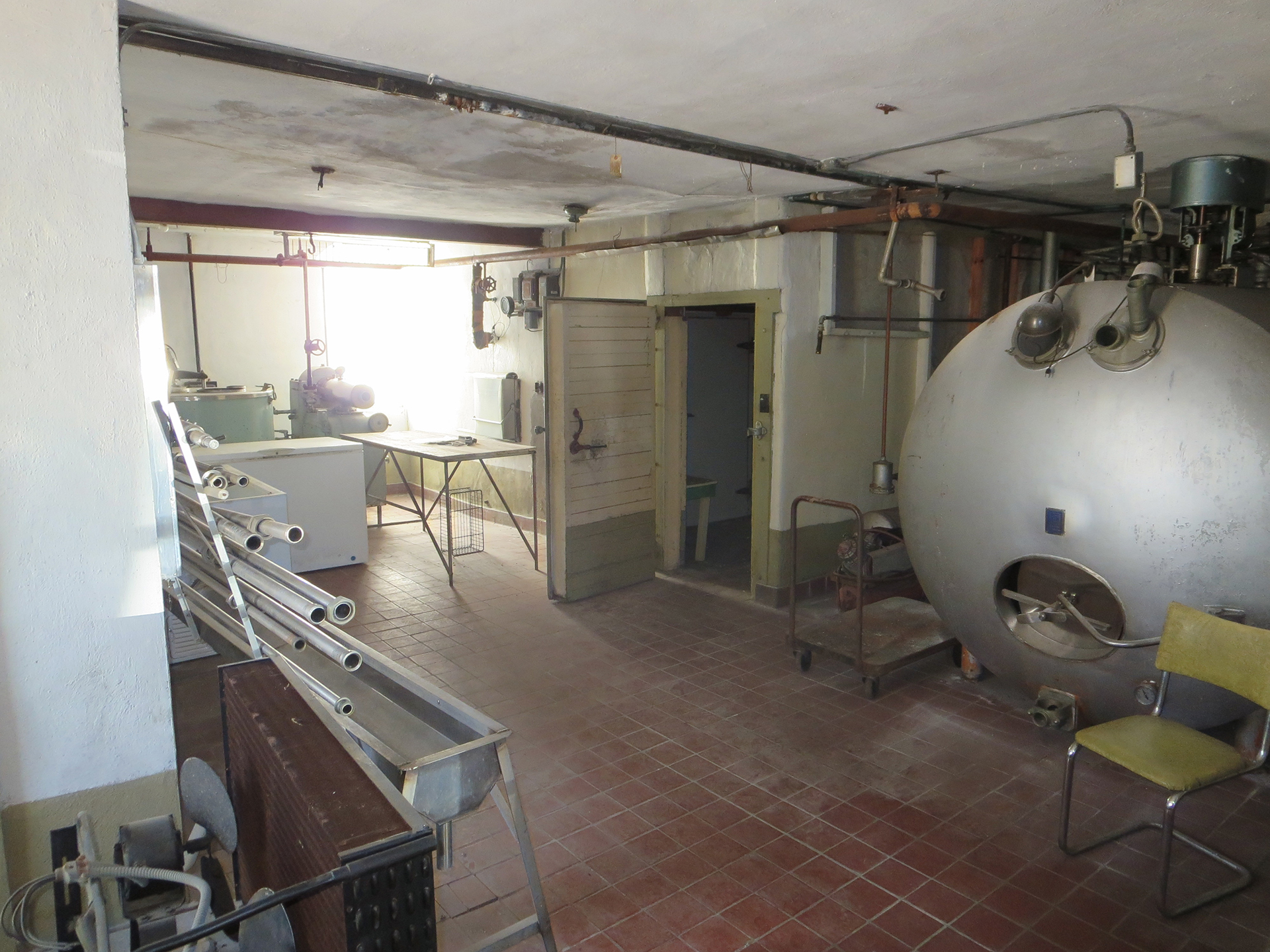 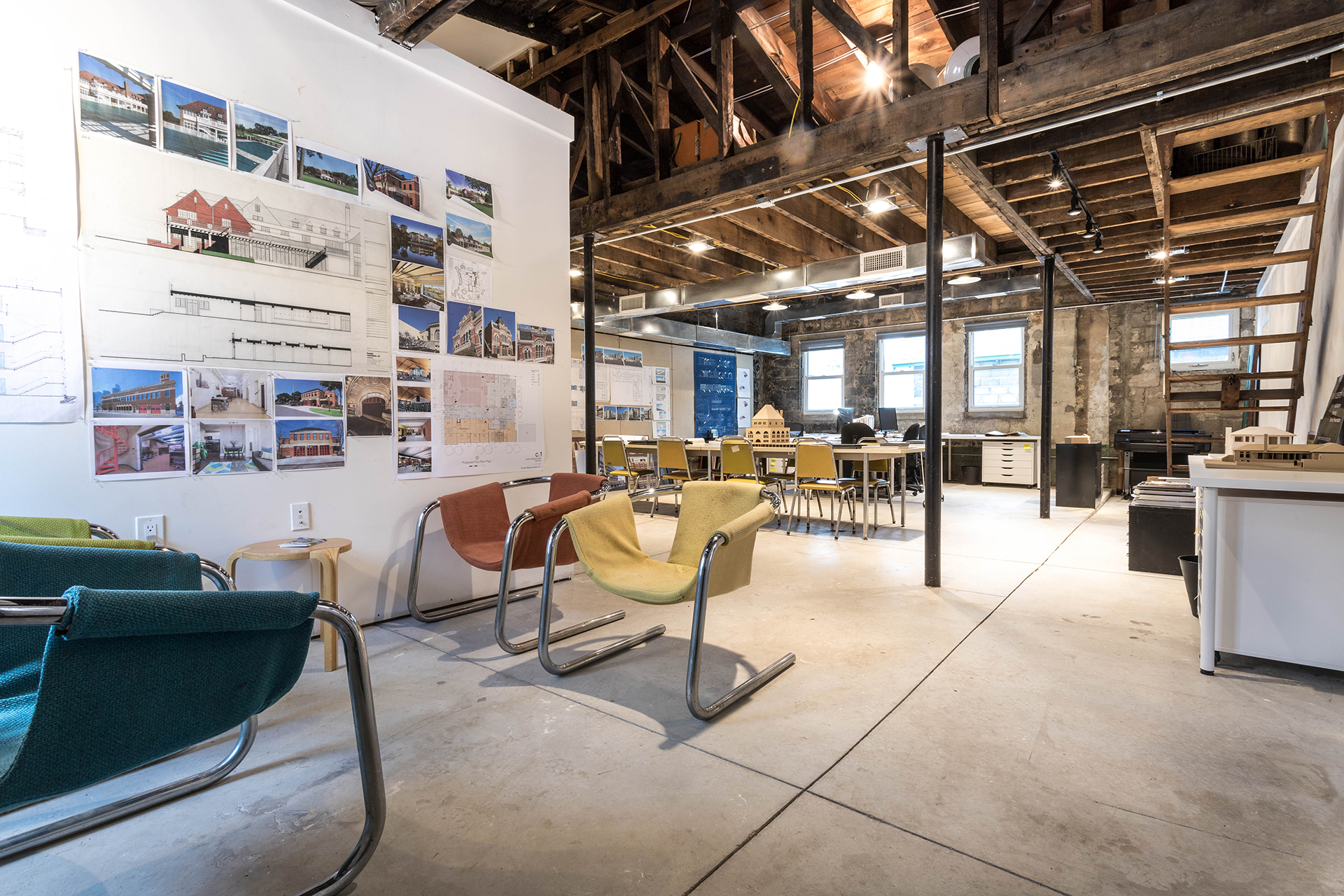 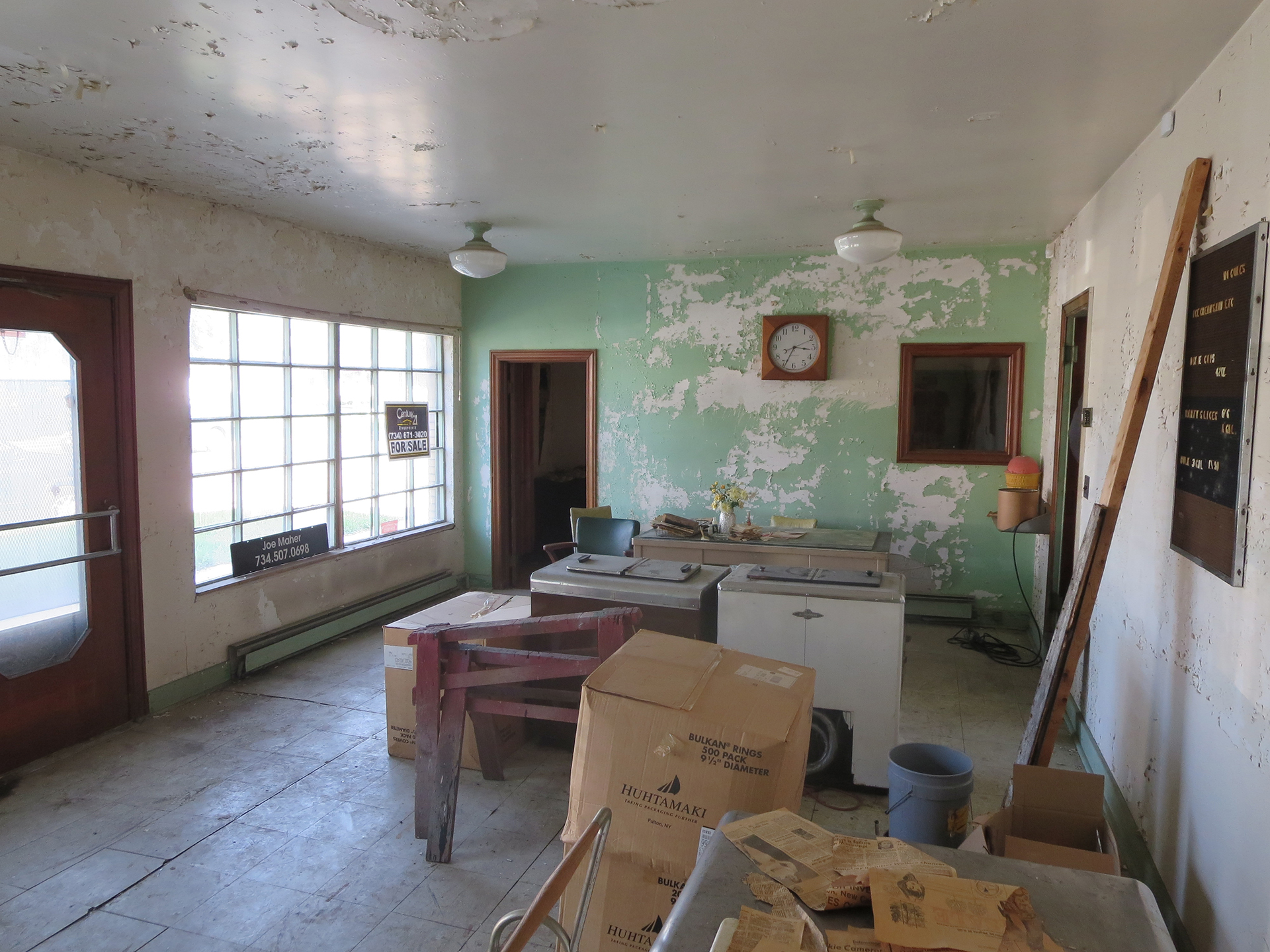 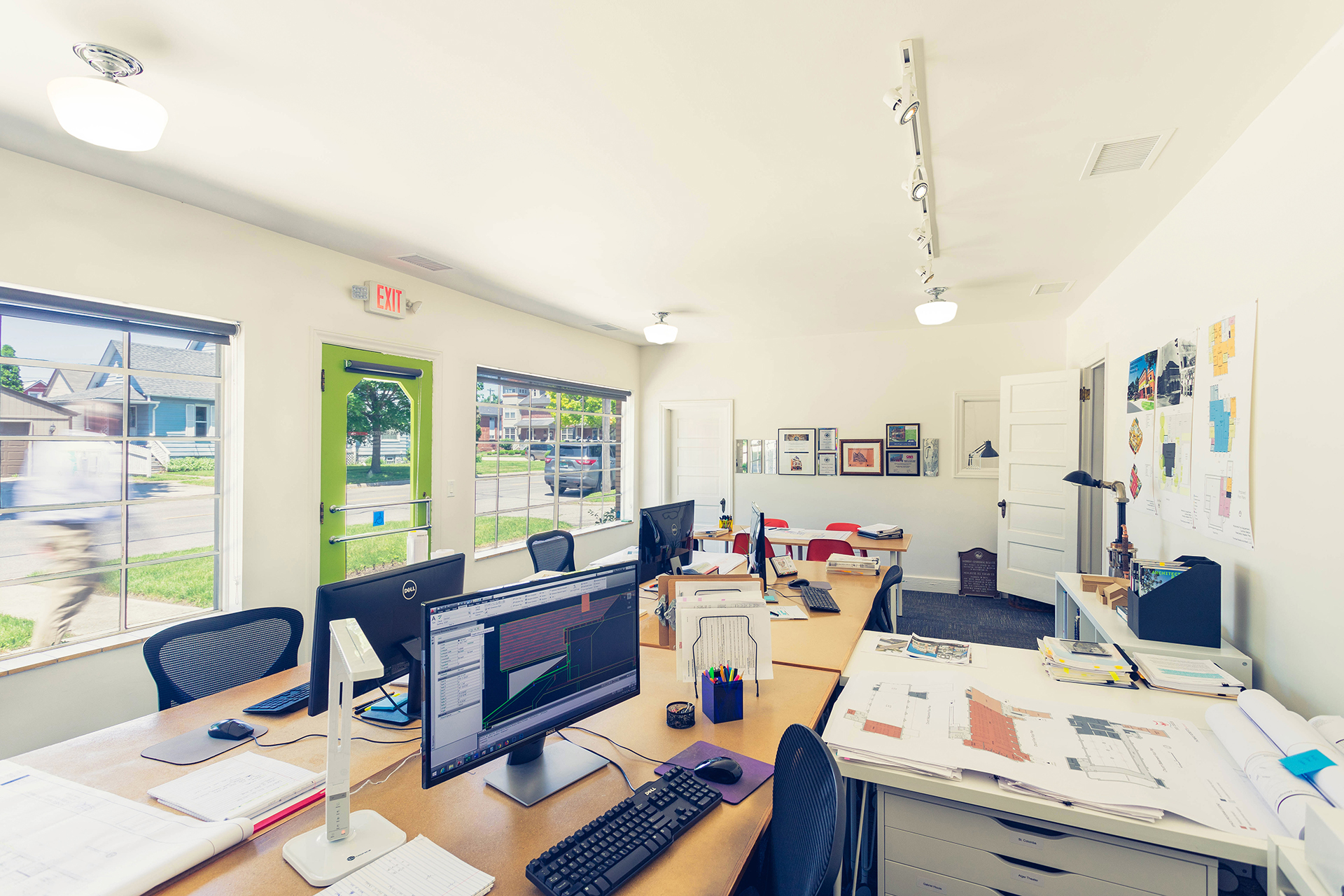 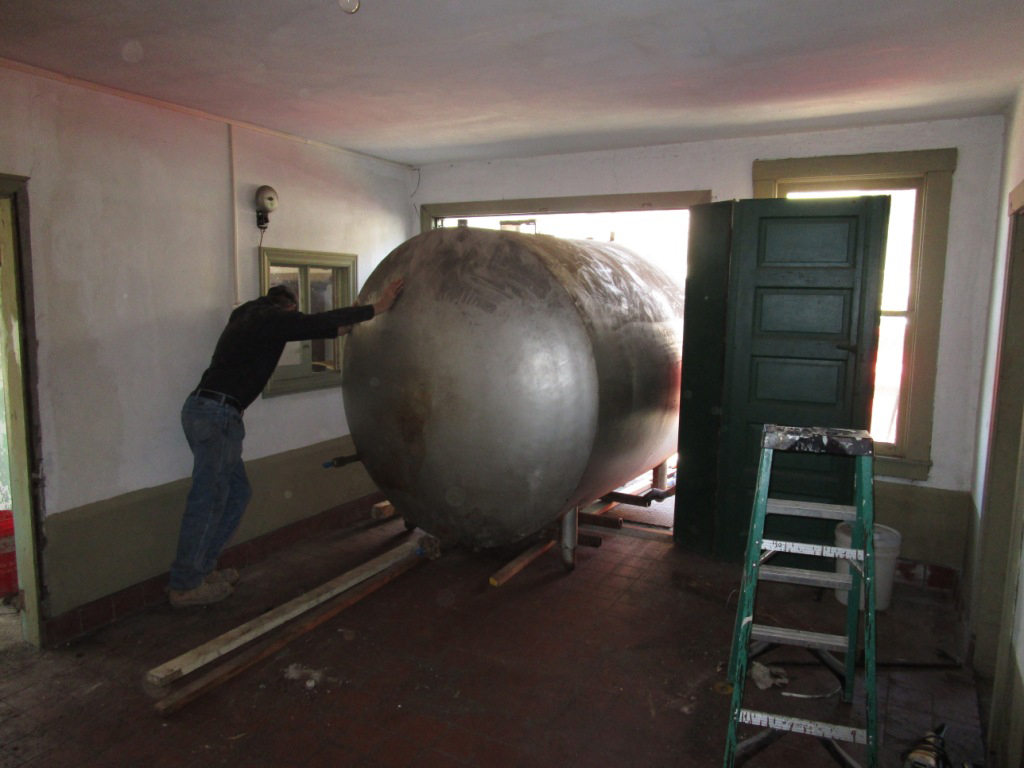 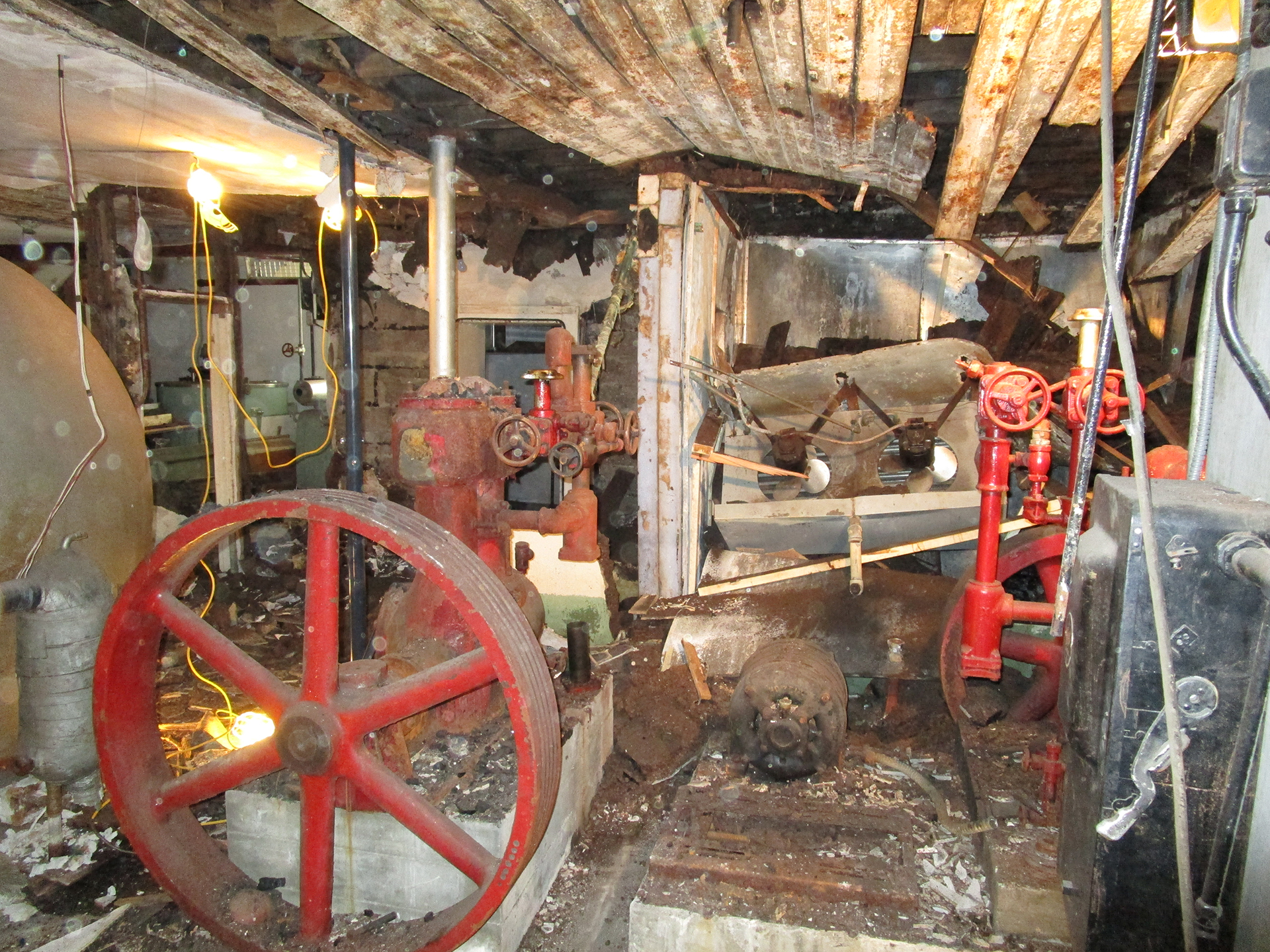 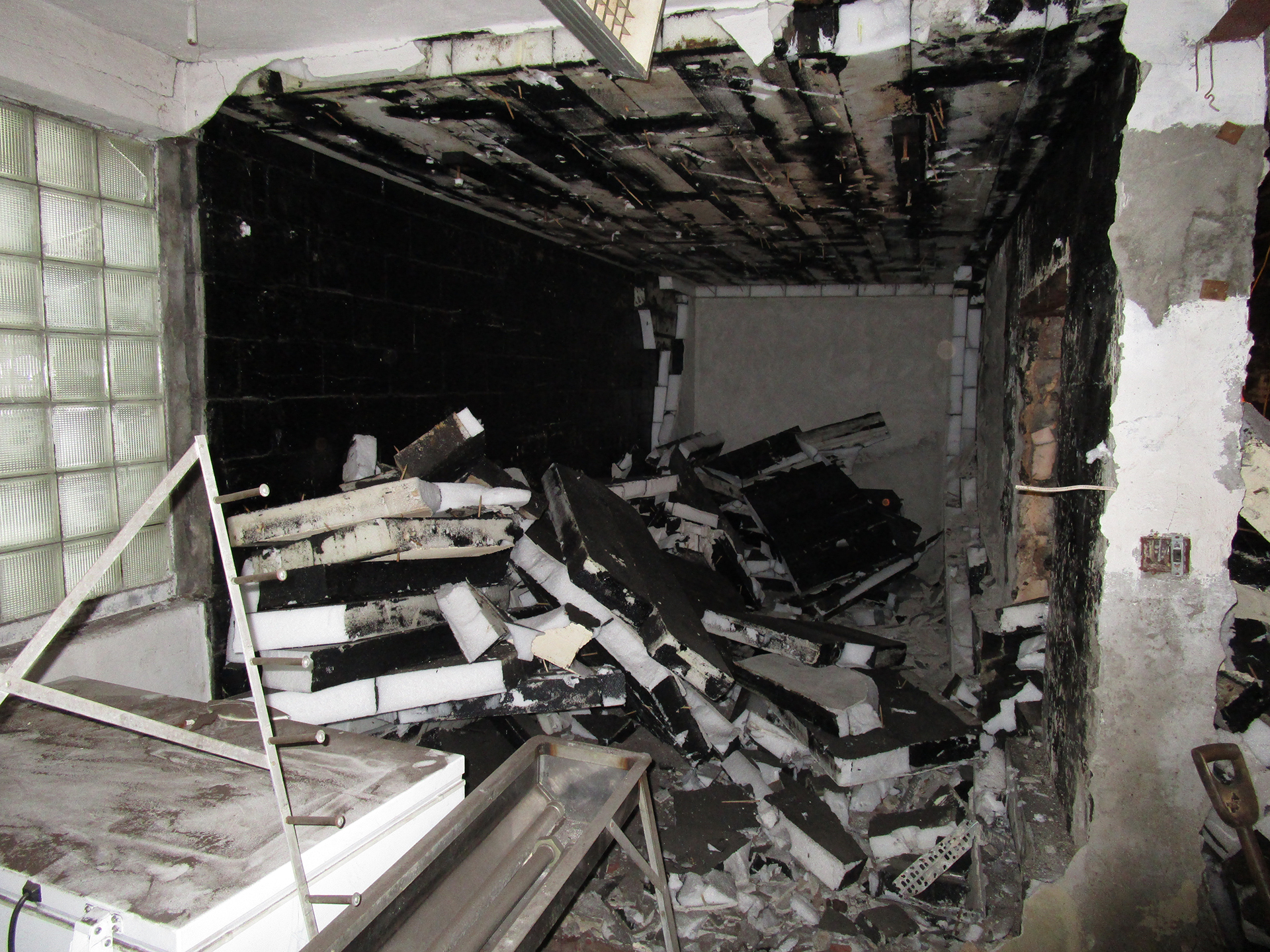 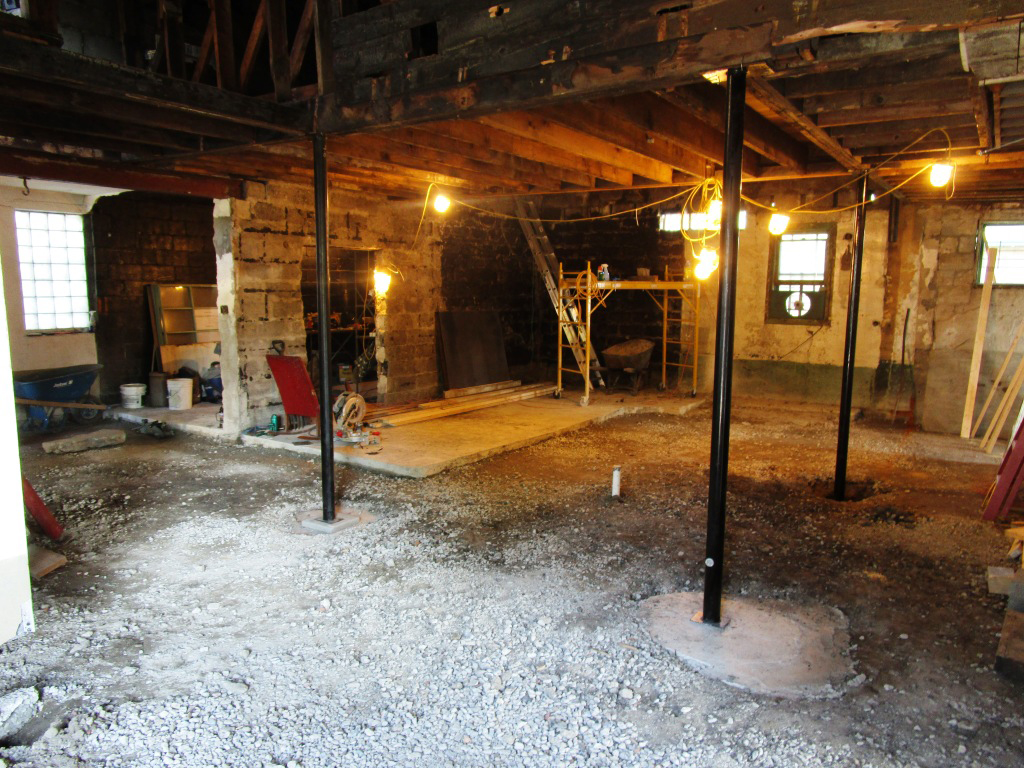 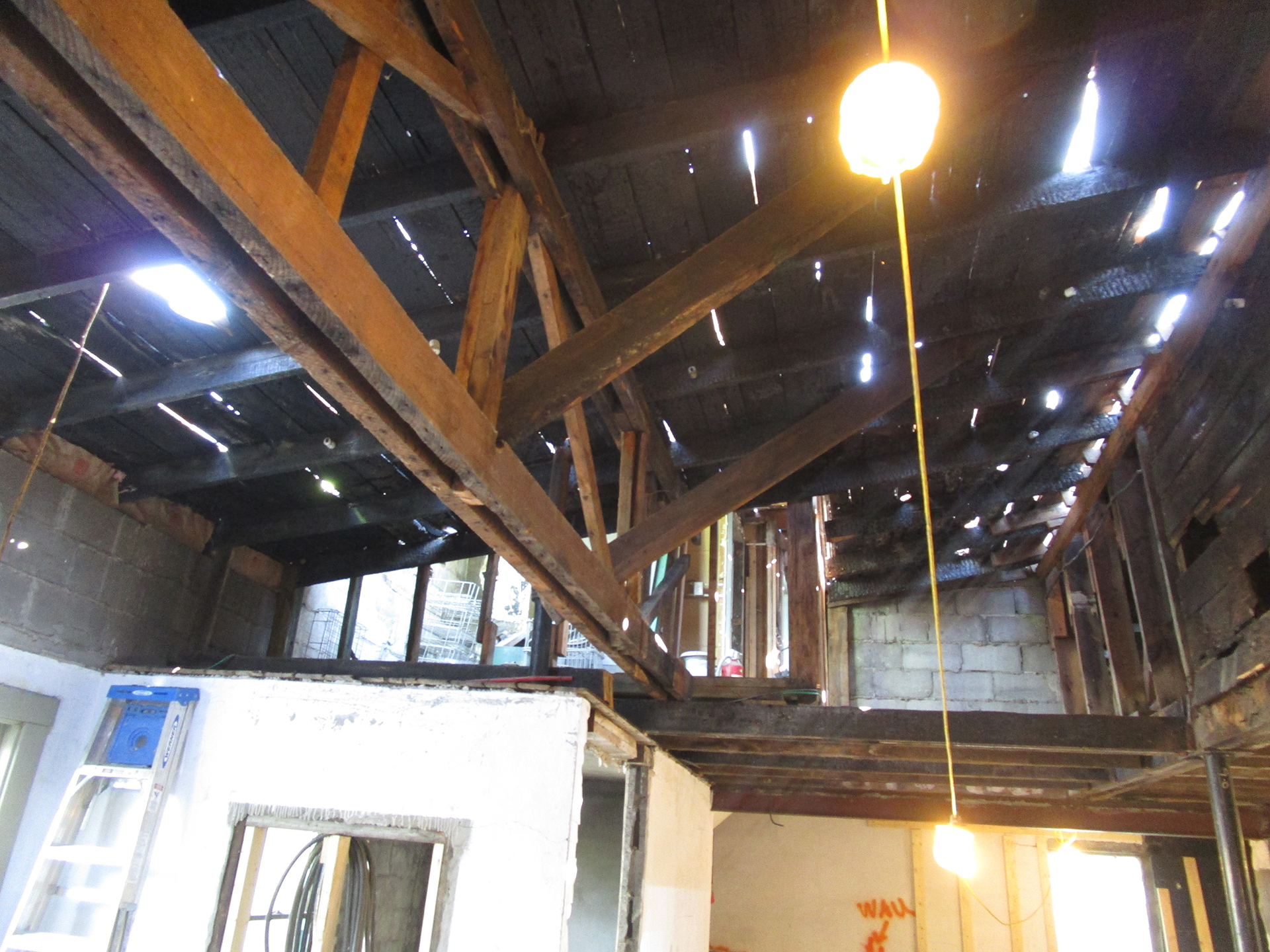 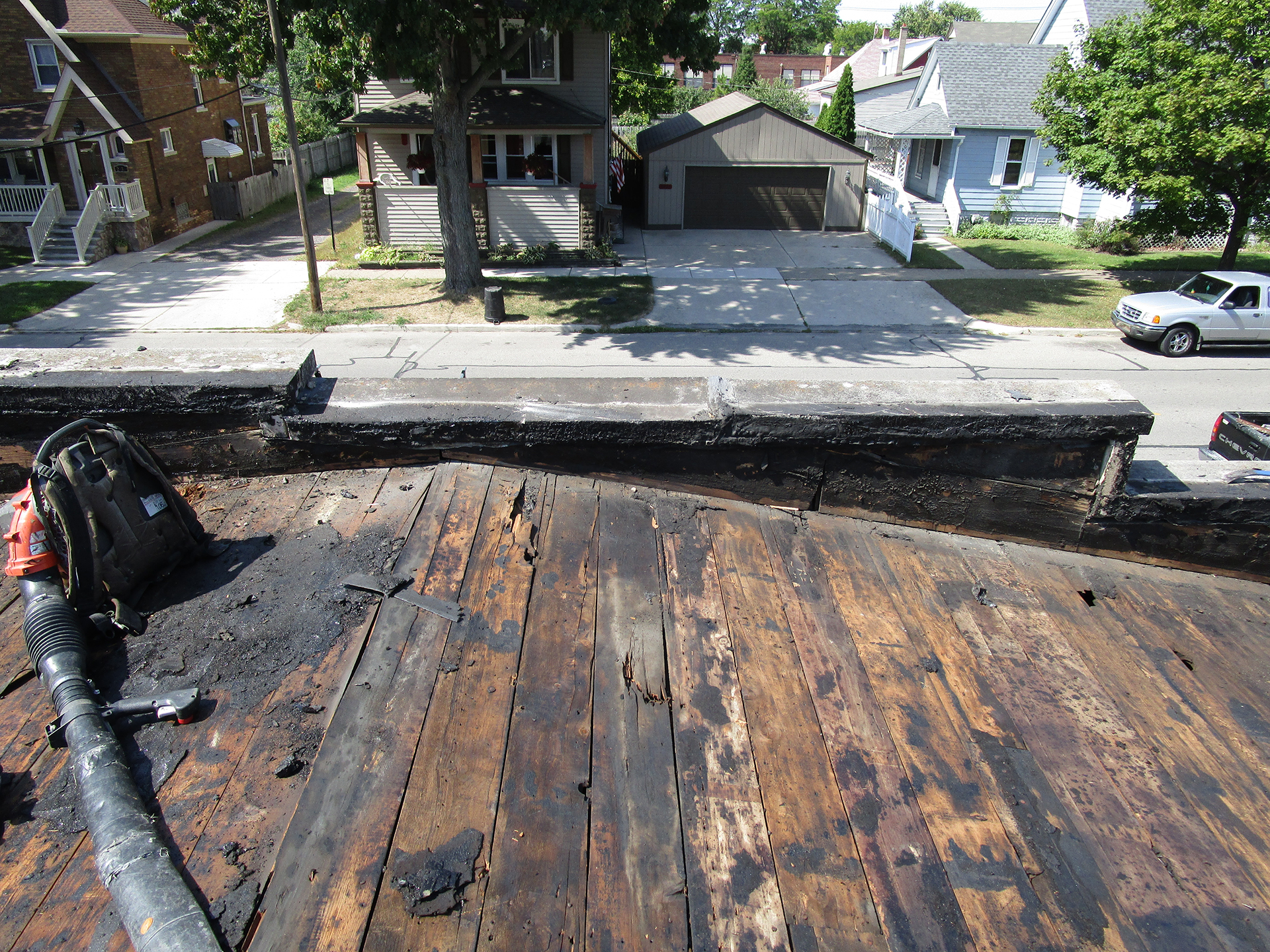 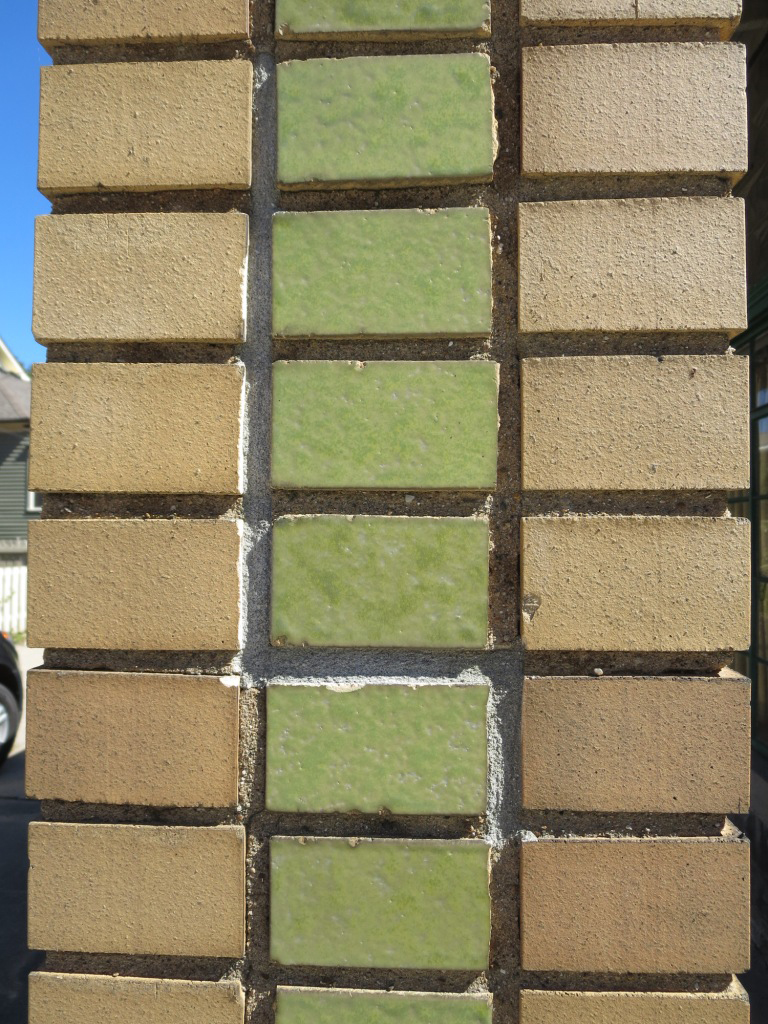 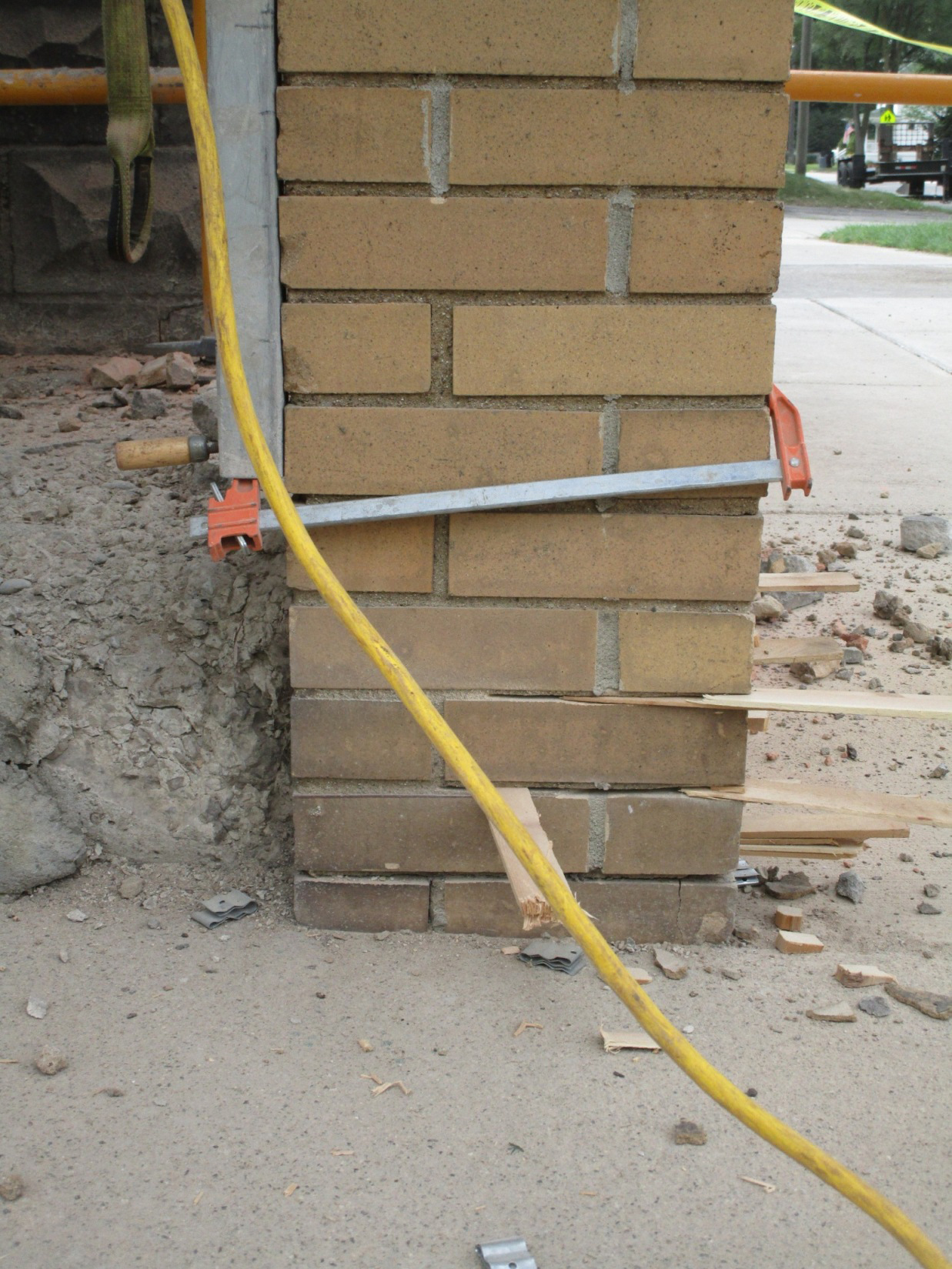 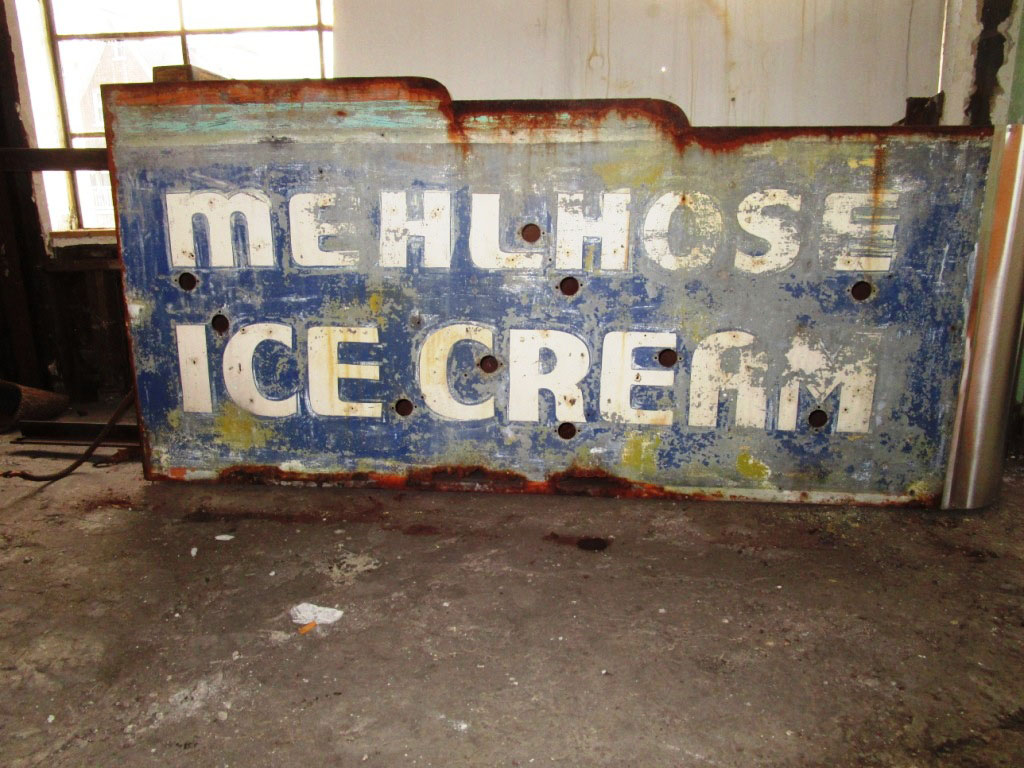 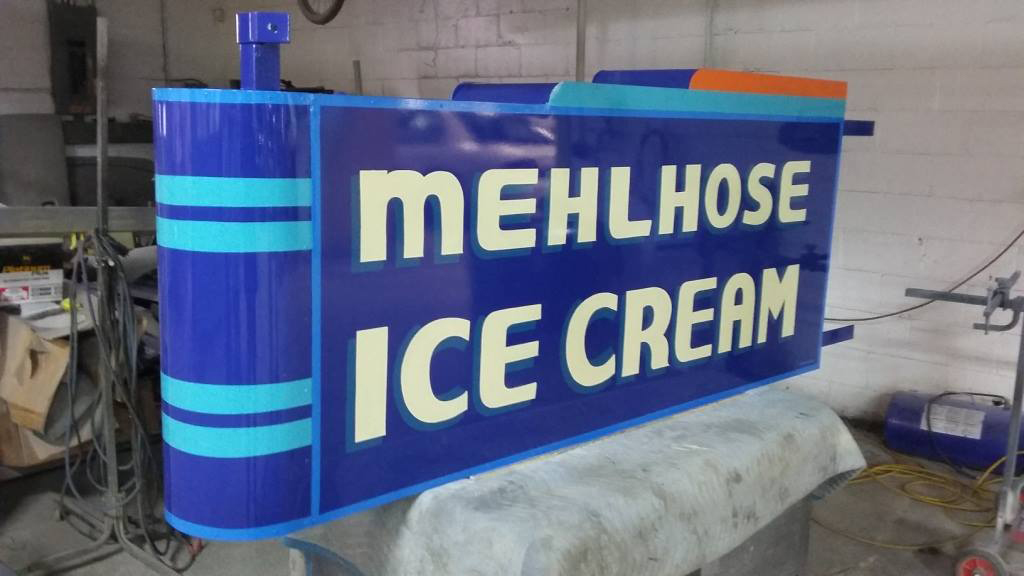 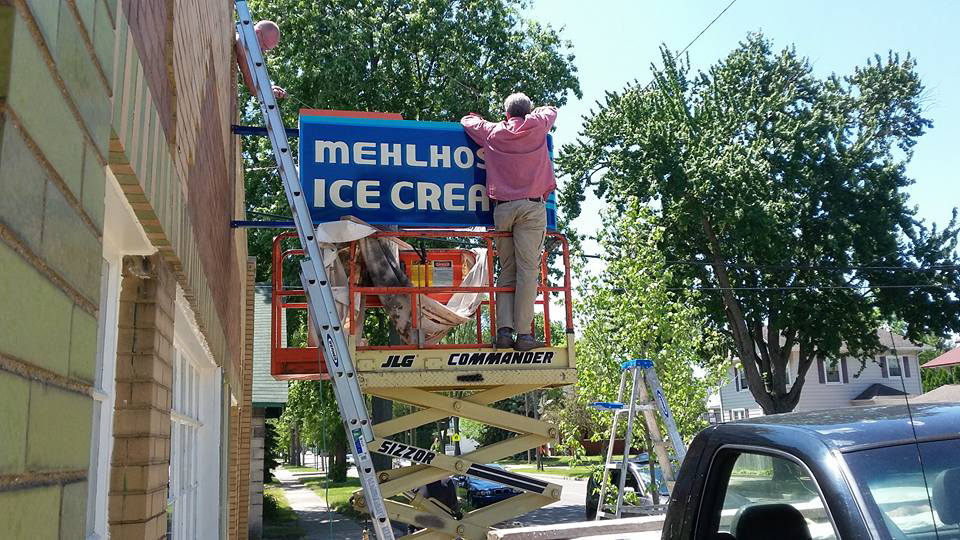 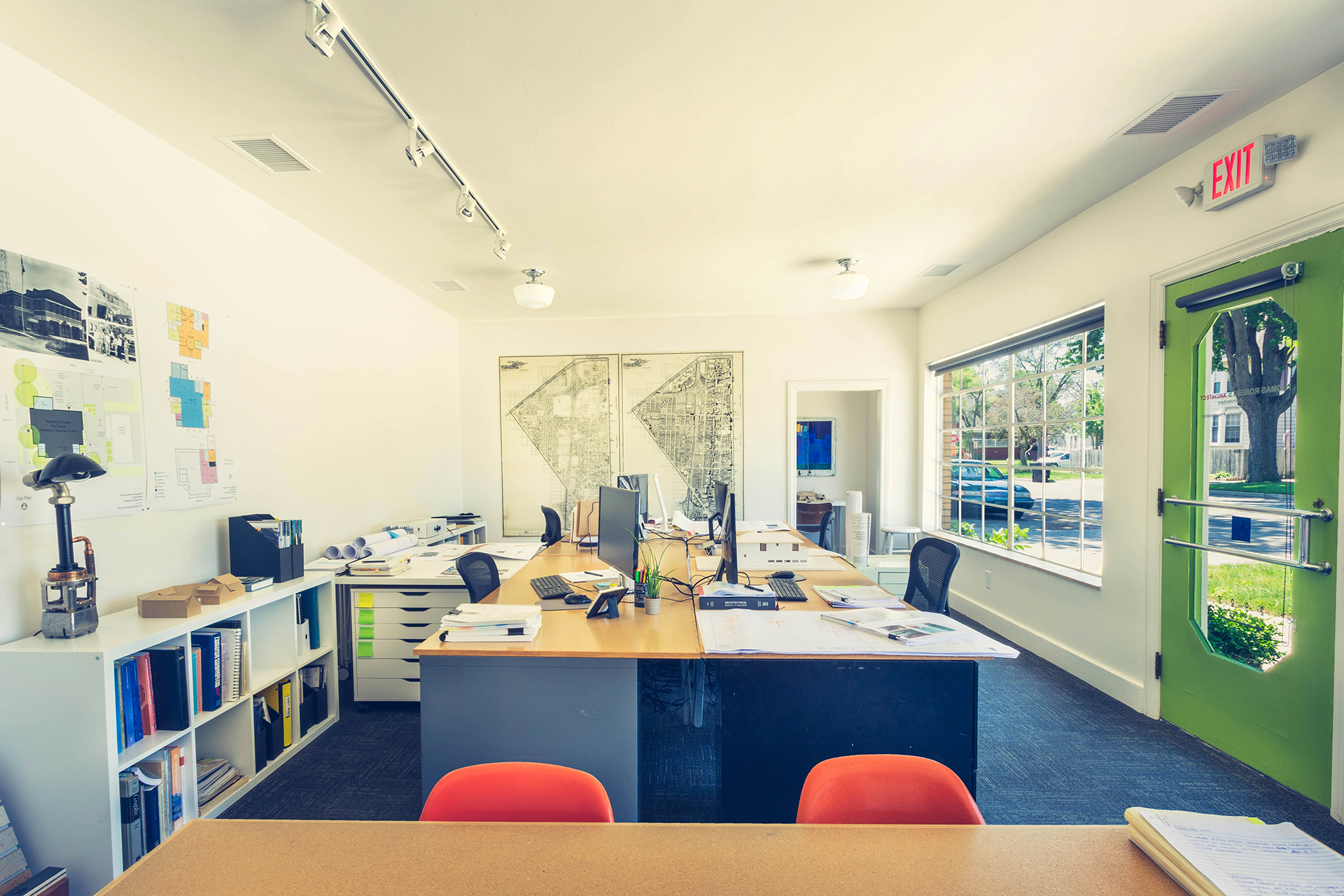 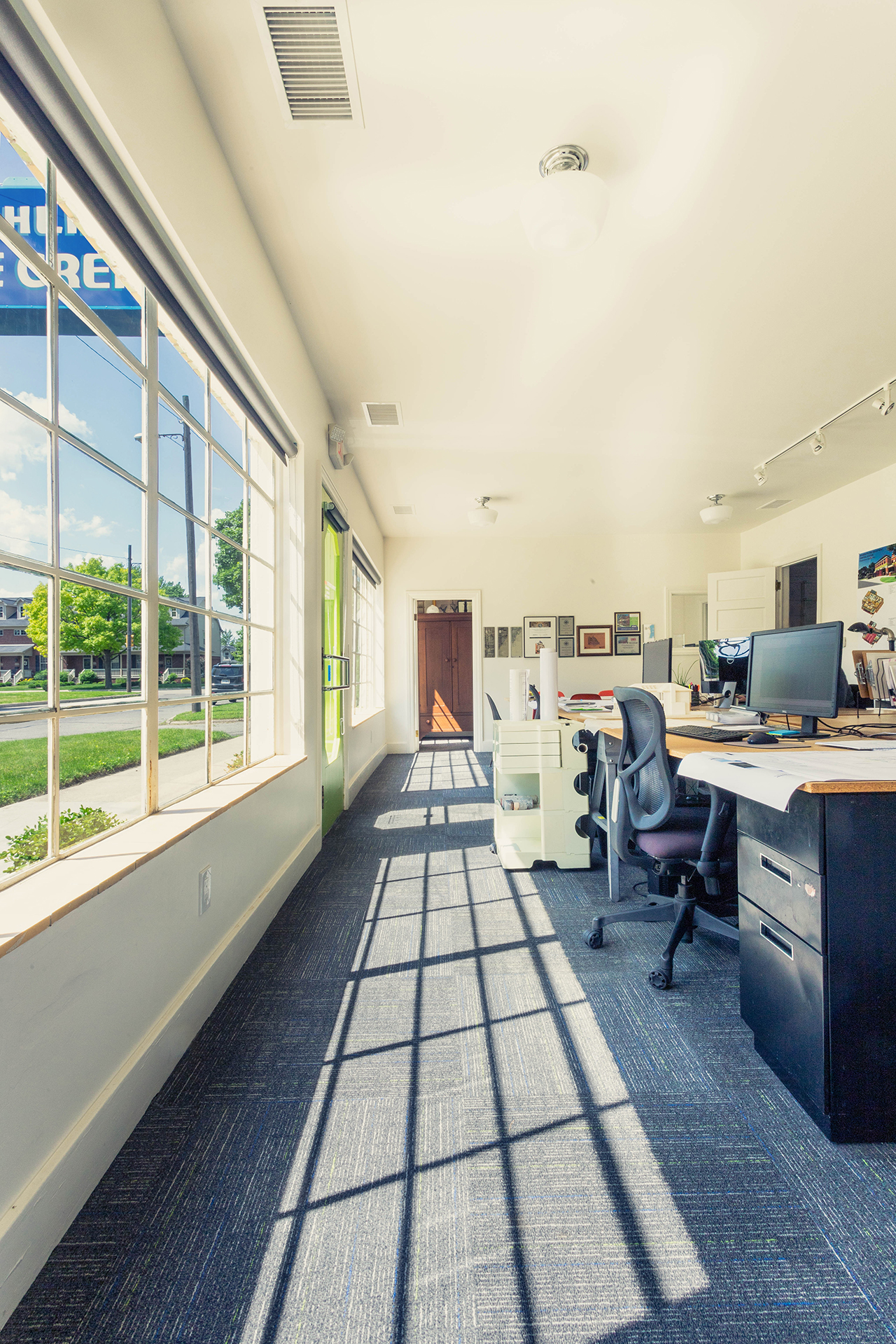 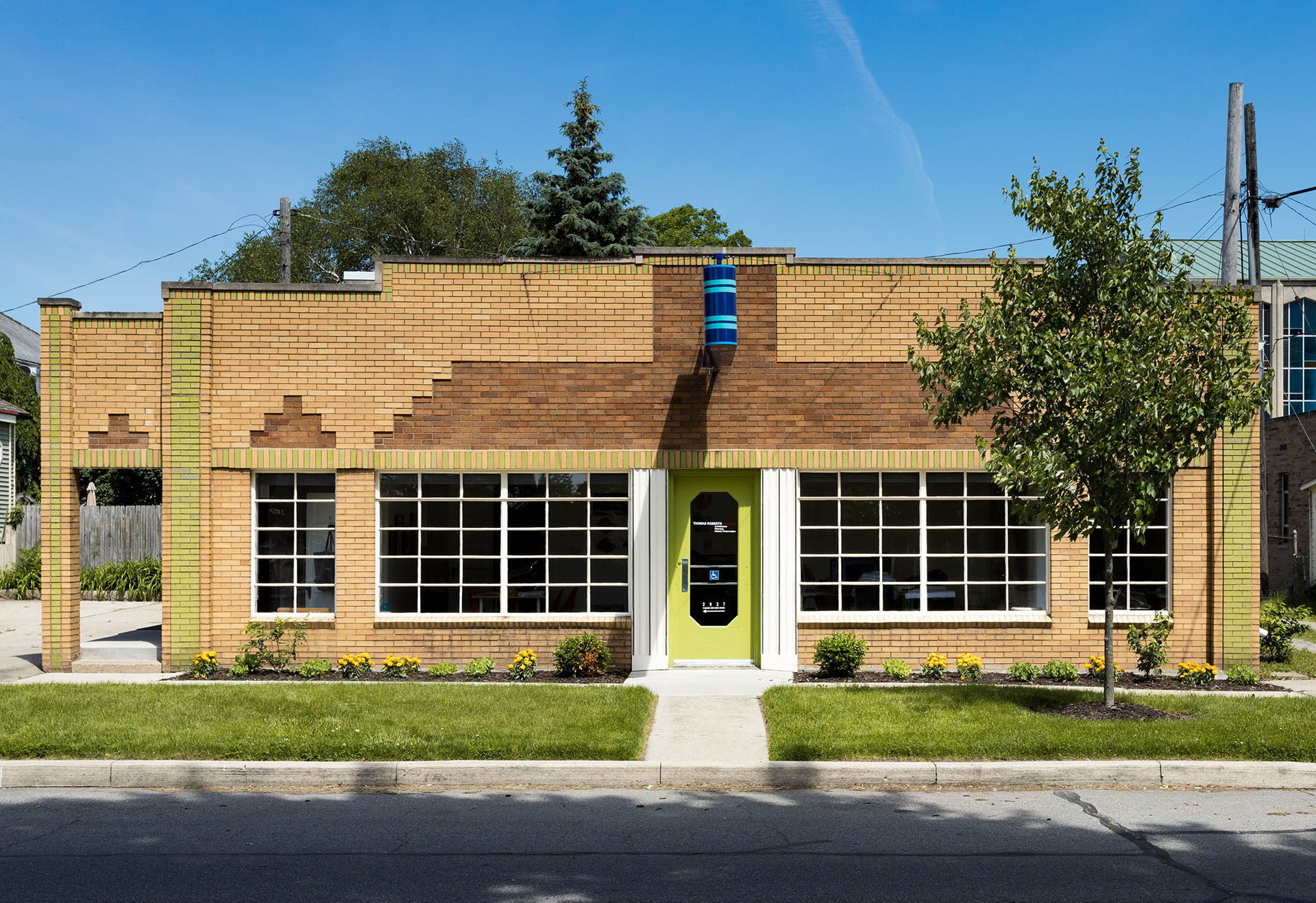